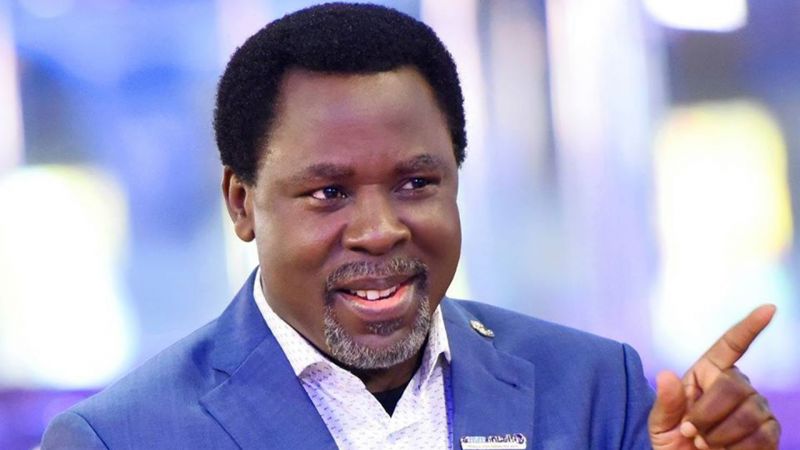 T.B. Joshua, a popular Nigerian televangelist, called on ministry supporters to pray for YouTube after the video network deactivated his church channel over videos in which he reportedly claimed to cure congregants of homosexuality.

“I want to salute our viewers all over the world. I got to know what happened to YouTube when I saw the viewers complaining. That is the work of God! It is like honey. Wherever it drops, insects seek and find it,” Joshua said in a April 18 video on his ministry’s Facebook page. “What happened is a blessing. I want you to help me pray for YouTube. Pray for them! Don’t see them the other way around; see them as friends. We need to be strong. Be strong!”

The Synagogue Church of All Nations (SCOAN) leader also suggested that supporters should be grateful for YouTube, as that was how many of them discovered and connected with his ministry.

The self-styled prophet, who reportedly counts “top politicians from across the continent among his followers,” insisted that “very soon, the whole thing will be settled.”

Trouble came for Joshua’s ministry when OpenDemocracy complained to YouTube and Facebook that in videos on their sites, the preacher is seen performing “controversial exorcisms” to rid congregants of same-sex attraction.

The videos in question have been removed from YouTube, however some still remain on Facebook, according to OpenDemocracy.

The London-based media rights group recounts that in one video in particular:

Pastor TB Joshua, the controversial Nigerian televangelist, hits Mary Okoye’s head and she falls to the floor. When she gets up, he hits her again and tells her to call her “second”, another woman he refers to as Okoye’s “wife”.

Joshua slaps and pushes Okoye and the unnamed woman at least 16 times and tells Okoye: “There is a spirit disturbing you. She has transplanted herself into you. It is the spirit of woman.”

This scene, which appears in a video uploaded to YouTube in April 2018, then changes to events a week later. Okoye, accompanied by her mother and two sisters, testifies before Joshua and his congregation that “the spirit of woman” had been destroying her life. But now, thanks to Joshua’s intervention, she has “no affection whatsoever” for her “second” and “now I have affections for men.”

The April 16 report adds: “Between 2016 and January 2020, the channel posted at least seven similar clips showing the charismatic Christian televangelist engaging in violent exorcism to ‘cure’ gay and lesbian congregants of their sexual orientation by casting out ‘the demon of homosexuality.’”

CNN reported on April 20 that YouTube had deactivated Joshua’s The Synagogue Church of All Nations page the prior week, which has since been inaccessible to its 1.8 million subscribers.

“YouTube’s Community Guidelines prohibits hate speech and we remove flagged videos and comments that violate these policies. In this case we have terminated the channel… We reviewed the videos flagged to us and took appropriate action, which resulted in the termination of the channel,” the company said in an email sent to OpenDemocracy, according to CNN.

In the meantime, it appears the ministry has been using its “Official TB Joshua” YouTube channel to reach supporters on the site. That account had less than 5,000 subscribers.